We recently changed internet companies to that of Vodafone, So far its been ok, lower priced compared to that of BT but worse off in terms of the strength of the internet box. BT wasn’t perfect especially for the office we use, but it certainly got worse in the higher levels of the office, the signal simply wasn’t strong enough.

So after constant drop outs and black spots in the office the team got to researching the different ways of improving the internet.

Now that everything is on the wifi we needed it to be strong, fast and can reach the highest points of the building.

With that said, we discovered the new form of internet wifi which are mesh routers.

We had been using the cheaper plugin system which is the repeaters which came to about £30.00 each, but they simply were not strong enough and the wifi it emitted was never powerful and the rate of speed really did drop.

There were 3 main options that came out in the end as the possible options we could have purchased.

Reviews and price came and the wifi strength came to the result of the wifi network we would end up going with.

This was the M5 TP Link

The setup was relatively easy and took about 10 mins to setup download the updates and start using the stronger wifi.

The box arrived and had 3 circle disks and 3 plugs inside as well as an ethernet cable.

The setup involved connecting one of the round disks to my internet box and then plugging into the wall.

Waiting for the light to go blue then moving elsewhere and plugging in and downloading the TP Link app to search for the two disks.

After 3 minutes the discs connect and download an update.

The third disk I made a mistake of going to the highest point of the office and plugged into the wall, this made it difficult for the disc to find the other networks we had setup already so we had to come closer to the other main disk have it connect then plug in at the new site.

The networks need to be close enough to link together.

They piggy back off one an other to get the signal. So if you were to walk through a large house your phone will join the networks as they pass through.

The wifi is much better since purchasing the new mesh system

We are getting much faster and stronger speeds.

We cannot say its perfect and at times it does drop out and fails to work. But we are getting 30mb of speed upstairs in the furthest part of the building for once.

You can buy the mesh network from the link above 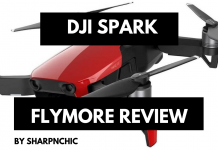