So last night was the American Music Awards 2011 and some of the largest singers were out to collect their awards.

Of course we have to post our favourite of which there were many- but one which has caused me most excitement is one of my favourite female rappers- Nicki Minaj.

The young money artist has had an amazing year and amazing success at the show- winning several awards.

She performed her latest track and her current highest selling single SuperBass in a metallic robot outfit which was rather impressive- however unlike usual Nicki she was singing?- I have to be honest and say- I was not keen on this- she came out a rapper and I think she should continue down this path but anyway- we are here to talk clothes not poor career changes!

So Nicki accepted awards in a very dramatic Oscar De La Renta dress– only yesterday I was checking out some of the designers pieces and he is noted as one of the most expensive designers in the world!

Nicki’s dress is from the 2012 spring collection and one of the first celebrities to get her hands on the collection- which makes sense as she sat first row at his show back in September so she must have picked it as it walked by her on the model!

The dress was a bold green silk taffeta with a black battenburg lace and broderie anglaise bodice-  It also had a matching neck band. 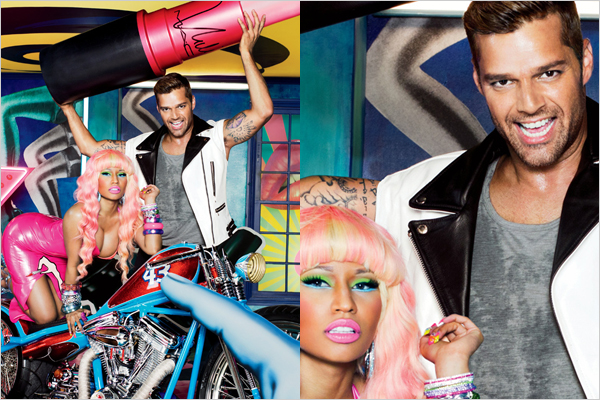 She adopted her favourite colour for hair this particular evening- which complimented the gown and her lips- which is probably her limited edition Mac pink Friday lipstick.

She is also the latest spokesperson alongside Ricky Martin for MAC Cosmetics- and a pretty cool photograph came out of the pair- which is rather striking but the pair seems rather bazaar couple put together. 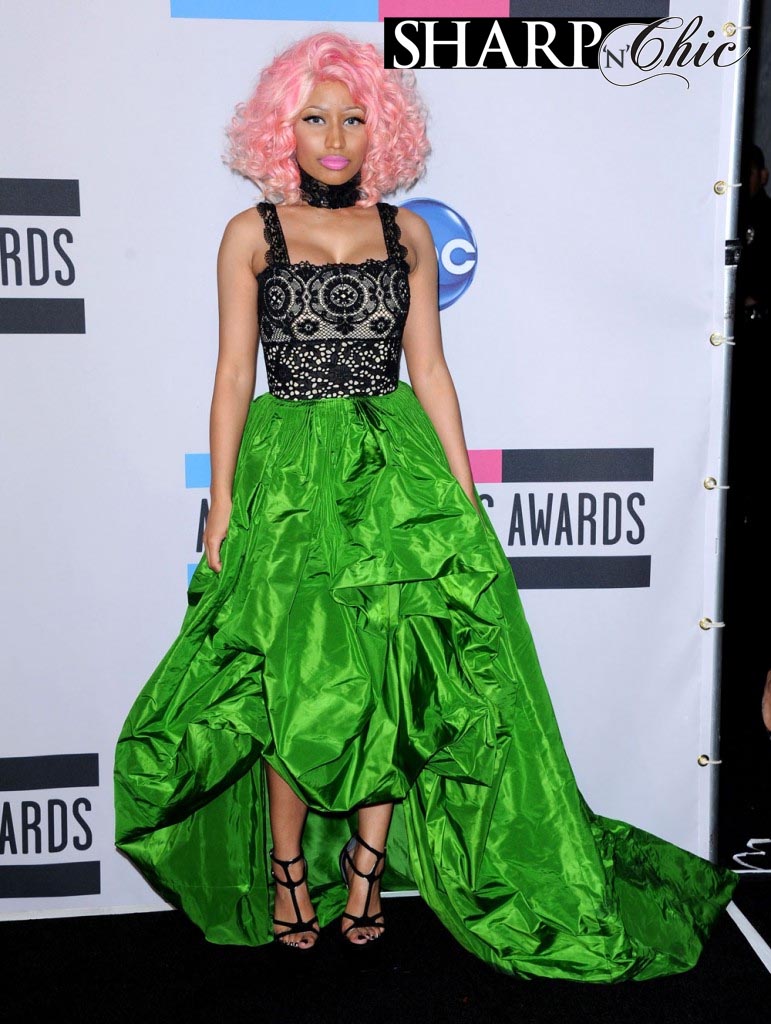 The dress is very similar to what we have been talking about as the upcoming trends or asymmetrical hem lines- which this is a less dramatic version but still follows suit.

Under the dress she opted for some Alexander McQueen amour wedge sandals Rrp £2,495.00 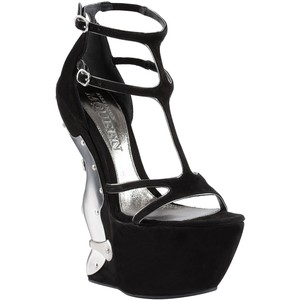 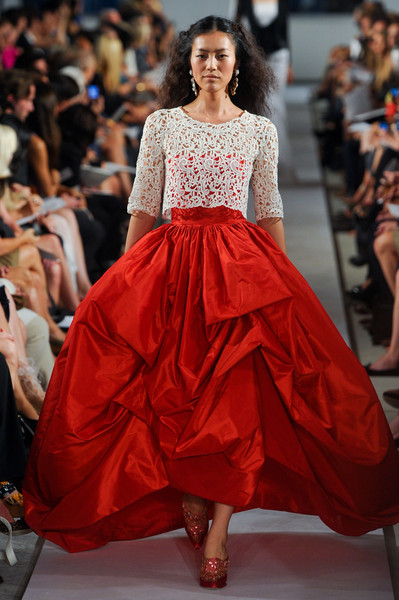 The very confidant and innocent yet mouthy girls… 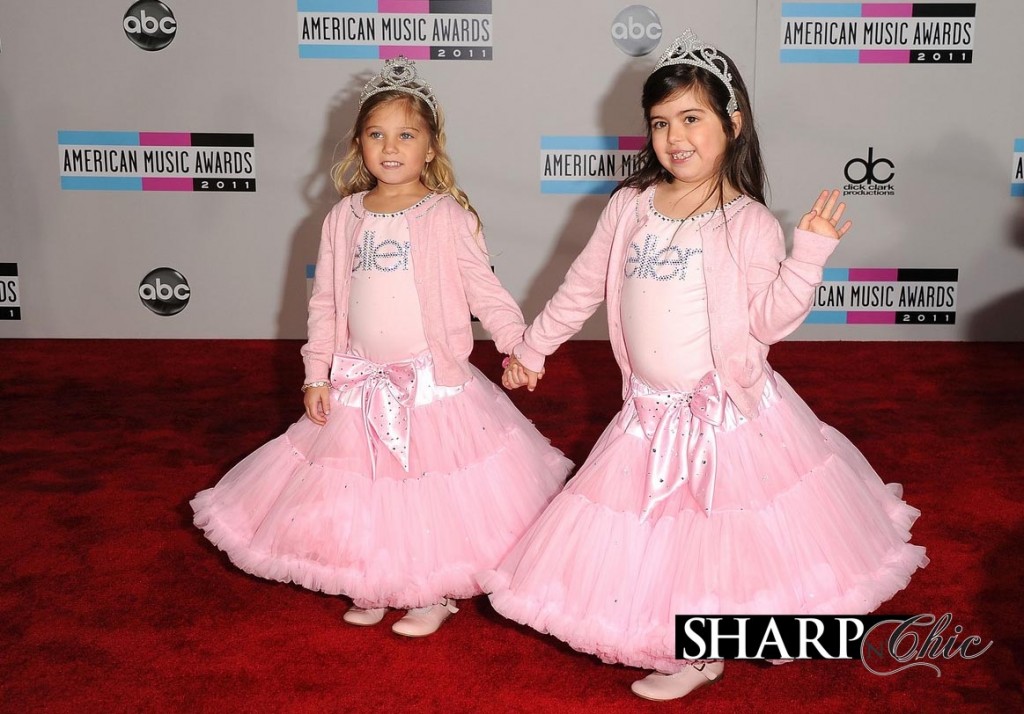 Rihanna’s out in Green shoes and not so great hair!