So, a few months ago we posted an article about Victoria’s latest collection from her  fashion line- well today reports have come out that Posh spice has been made even more Posh with 15 million in her back pocket as a result of her self titled fashion label. The ex spice girl had an incredible hike in sales of around 71% since her last season and has grown in popularity with celebrities like Cheryl Cole, Elle Macpherson and even OPRAH opting for the designs on red carpets which has ultimately propelled the designer tenfold.

A friend close to Victoria said she has been thrilled with the success of her brand and never dreamed of her clothing being as popular. The company had an annual turnover increase from 1.3million to 2.8million, this has been helped with the launch of the more affordable range by Victoria to counter balance her designs which often sell at £5,000 and above.

The inspiration behind the price conscious range derives from Victoria’s “inner girl” as she calls it, the new mother of baby girl Harper believes “It’s definitely channelling my inner girl. I started this collection before I was pregnant and the doctors told me at first I was having a boy. So mainly I wanted to do dresses that I wanted, that weren’t ‘out there’ – and at the same time show that, contrary to what most people think, I do have a sense of humour.”

There is meant to be a recession out there- but no doubt the Beckhams have not felt any sort of slow down!

Too Hot To Handle Netflix New Show – Review Half way through! Watch it or not! 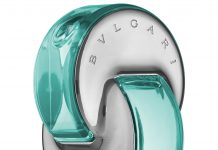