The enchanting Keira Knightley was on the red carpet today in my favourite country for the premier of her latest film “A Dangerous Method” she arrived on the red carpet looking absolutely stunning, picture perfect in the face and dramatic in the Valentino Gold embellished dress.

The British actress took to the red carpet in a Valentino Fall 2011 dress which had the perfect amount of drama for the beautiful city of Venice.

The gown was carefully embroiled with gold and layered with tulle for a very theatrical effect. Long sleeved with mesh for an almost invisible appearance against her porcelain skin. 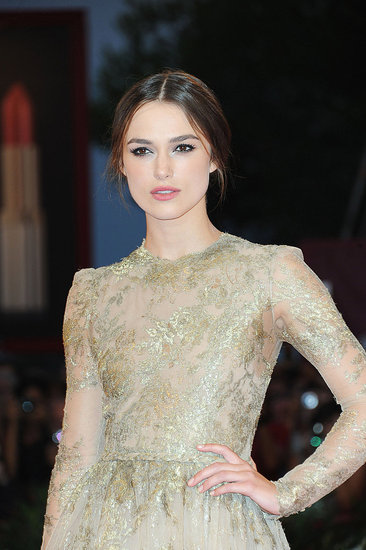 Her Make up complimented the simple yet dramatic look of the dress with the favourited smokey eye effect and a matt red lipstick.

Her eye shadow has of red but its clear she wanted a soft appearance in the face alongside her central parting hair.

The 26 year old has so far had mixed reviews about the film but we will have to wait and see as the film moves to Toronto next week.

The outfit was very simple she clearly did not want to show too much opulence as she choose not to wear any jewellery or diamonds but perhaps it is to keep focus on the outstanding dress..

She could have at least grabbed a bag!?! 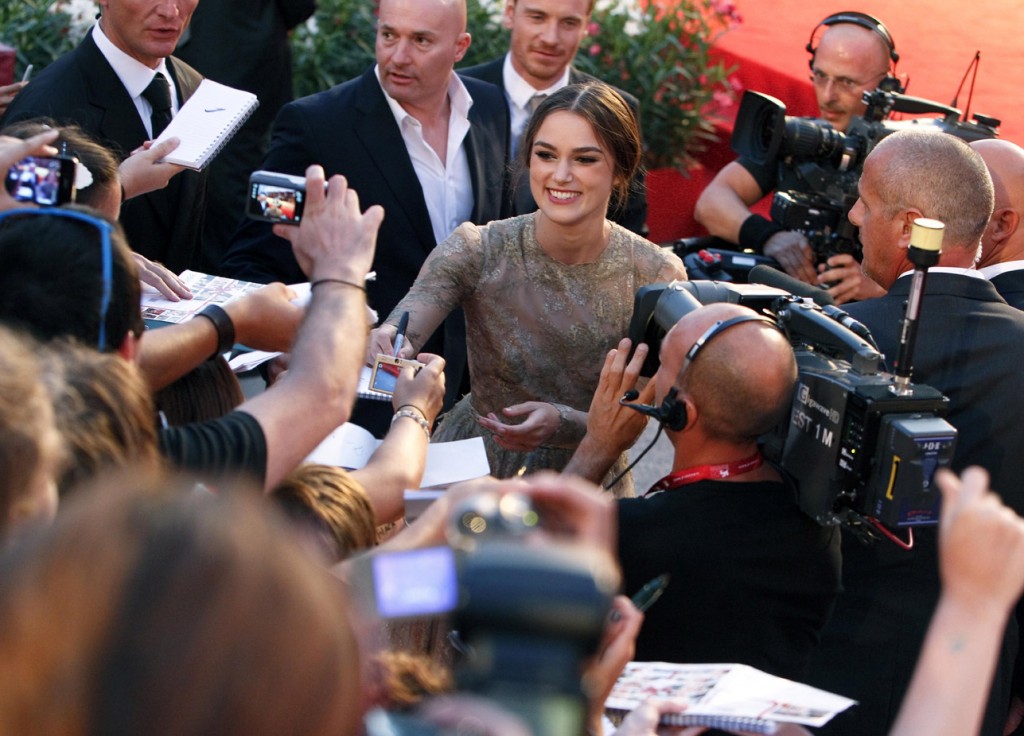 David Hits the streets with his man bag by Lanvin