Cat woman Halle Berry was spotted out in La today with her scrumptious daughter Nahla, whom munched on a scrummy ice cream.

The mother and daughter pair were out in Westfields LA Giggles N Hugs which has been made popular by many celebrities such as Gwen Stifani, Ben Affleck and many other famous mummies and daddies.

Halle opted for a gorgeous summer maxi halter neck dress with bold black and white print and baby Nahla matched in a black tiered dress and cute blue sandals and even cuter face painting from the Giggles N Huggs party store and restaurant.

Alongside her little gold headband which matched her cool shades also complimented the elegant summer look and glowing skin.

The Gorgeous actress is facing court battles with her ex model boyfriend Gabriel Aubry over the custody of Nahla- but despite returning to court last month she looked stunning out in LA. 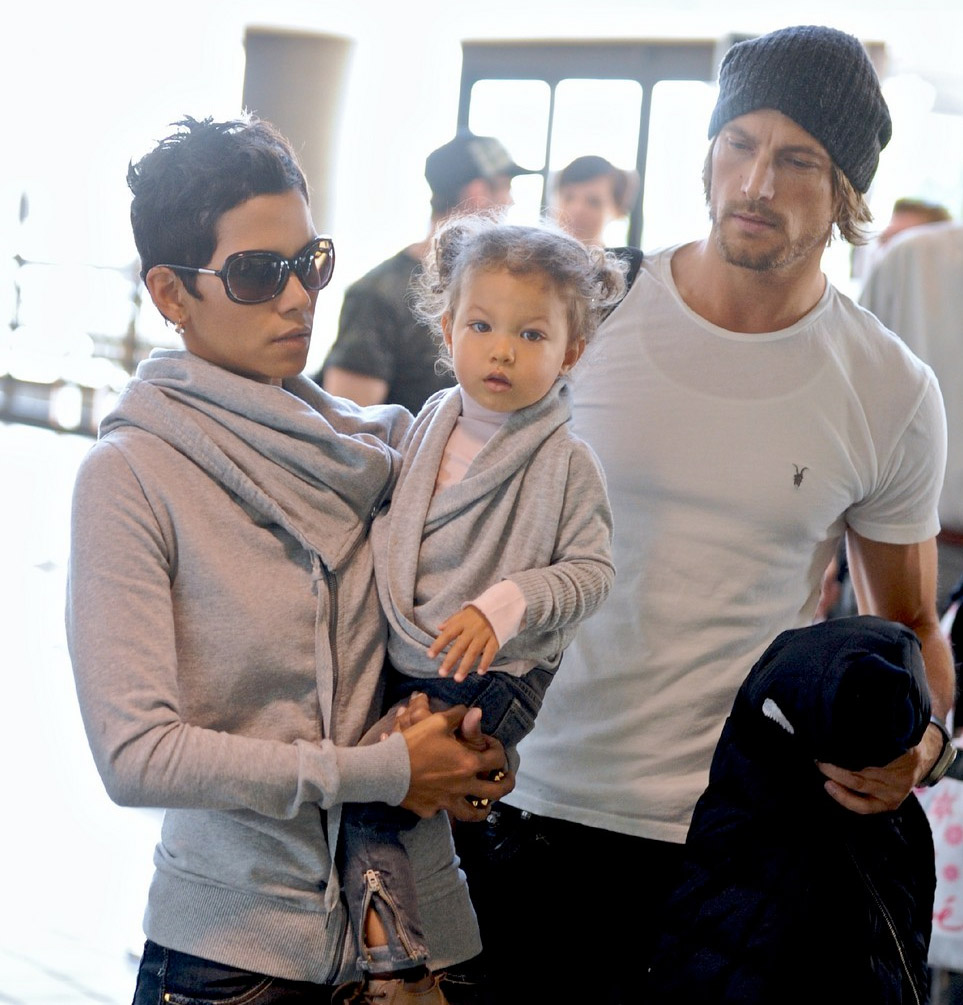 One famous beaut we have not seen in a while is Vanessa Hudgens– she was spotted refueling her Audi in a white maxi dress and wedges… we have to say we love the new hair cut and fuller figure-or rather NORMAL FIGURE… she looks amazing..I can already tell most people will begin to insult the girl- but not us…we love this..

She looks very sophisticated with her new shorter cute hairstyle..