Beyonce has officially come out of hiding and is now been spotted walking the baby and what we have noticed is that her fashion has transformed to be more a relaxed and rather cool yummy mummy than her traditional sexy look she usually always goes for- which is great, she is embracing this time being a new mum and is doing well staying away from the 10 inch heels her feet are accustomed/subjected to.

Last week the Queen Bee was spotted out with the latest Carter in a rather urban looking outfit choosing sneakers and black woolly hat, sunglasses and a large overcoat very discrete whilst every inch of Baby Blue was covered in her baby wrap.

We have had a lot of request about her mega cool high top trainers / sneakers and we have managed to match them up with the shoes that a lot of celebrities have been wearing including Beyonce herself.

Beyonce’s $640/ £440 black suede sneakers by Isabel Marant have sold out since she has been snapped out in New York over the past few days. However similar colours of the shoe can be purchased from Mytheresa Barneys or Polyvore. Most shops have sold out but similar Isabel Marant sneakers are available..

The singer has been spotted in the love on top music video wearing the shoes whilst she was in the early stages of her pregnancy – she teamed the sneakers with her now signature leotard and a gold sailor hat which worked well for the video keeping focus on the dance moves and not an over complex outfit and as usual her song was a hit. 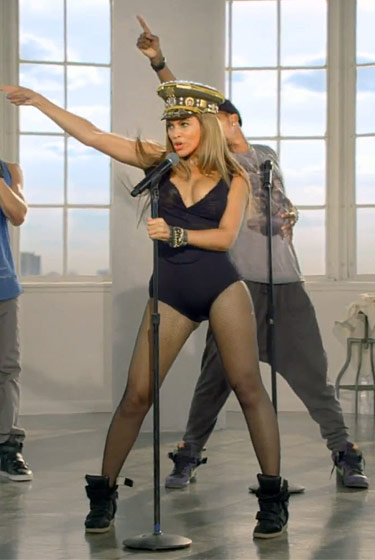 Other celebrities that have given the casual look a try seem to be on the increase, could it be that flat shoes are becoming the new heel? Other than the recent videos Beyonce would never be caught dead in flat shoes so maybe they are the new heel.. (nah, I don’t think so either) but those that have tried it include the classically beautiful Anne Hathaway:

Alicia Keys is one to be very close with urban fashion so we would expect her in something such as these- here she sat with her Husband and son at a basketball game in a pair of the sneakers.

Miranda Kerr and son also had a pair of the trainers in red..

The great thing about the sneakers is that they come in a plethora of colours so you can pick one that suits you the most, black is most practical but if your like me and love a bit of colour go wild! 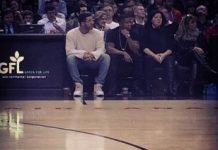